It is essential that members of the Legislature and Administration understand the impact of policy decisions made in Columbus. CCAO engages with policy makers, the media, stakeholders, various community organizations, and the public about county government and the effect proposed legislation would have on counties.

The CCAO Candidates Briefing Guide is intended to serve as an overview of policy issues that the Association wants to bring to the attention of candidates for state-level executive and legislative office. The 2022 edition can be read here!

The responsibility to provide the constitutional right to a lawyer in a criminal case falls upon the state. The current system primarily sees counties operating the indigent defense system with the state providing a level of reimbursement set by an appropriation in the budget. Historically the reimbursement rate has been low, resulting in a heavy strain on the county general fund. However, thanks to a strong partnership with the DeWine-Husted Administration and the General Assembly since 2018, counties have received reimbursement rates greater than experienced in decades. The reimbursement rate for state fiscal years 2022 and 2023 is estimated to finish at nearly 100%, but due to systemic issues such as the need to increase compensation and improve facilities, the reimbursement rate for state fiscal year 2023 is estimated to decrease to 90%.

CCAO urges the state to again provide enough funding to provide full reimbursement in the upcoming 2024-2025 operating budget while working with counties to modernize the system. Several counties have expressed interest in completely shifting administration of indigent defense in their jurisdictions to the state.

There is no debate that 9-1-1 is one of the most important services that government provides. It is the nexus that provides emergency medical services, fire departments, and law enforcement the information needed to quickly and accurately respond to urgent systems. Good 9-1-1 systems save lives. The core of Ohio's 9-1-1 system is largely unchanged since it was established in 1987. Telecommunications technology has improved exponentially in those 35 years. In 1987, most (if not all) 9-1-1 calls came from landlines. In 2022, most 9-1-1 come from smartphones. With this improvement in technology comes the potential for improved 9-1-1 services, provided the proper investment.

With the Next Generation 9-1-1 (NG 9-1-1) system, all Ohioans would have access to voice and integrated text-to-9-1-1 operability as well as image and video sharing capability. The NG 9-1-1 system would allow for accurate location data for any caller, easier transfer of calls between local jurisdictions, more robust system reliability with options for disaster recovery and a diminished chance that any 9-1-1 call would ever go unanswered. The Emergency Services Internet Protocol Network Steering Committee, a bipartisan body including state and local government officials, has recommended a Universal Access Fee of 70 cents per month, applied to all devices capable of calling 9-1-1, including wireless, landline and VOIP users. The proceeds of this fee would be used to fund the necessary technology upgrades for both the state core services system and for local public safety answering point upgrades. Much of the legislative framework for implementing the NG 9-1-1 system as well as the Universal Access Fee is contained in Sub. House Bill 445 of the 134th General Assembly. CCAO strongly supports this legislation.

Recent changes to the Ohio Revised Code, coupled with a shift in judicial sentencing, have resulted in more justice-involved individuals being managed at the county level. In order to effectively manage this population and promote public safety, counties need a variety of tools. The county jail is arguably the most important tool a county has for public safety, and they are by in large in a state of disrepair. To illustrate this point, nearly half of Ohio’s full-service jails are out of compliance with a minimum safety standard by the Ohio Department of Rehabilitation and Correction.

Many county jails are in urgent need of repair, renovation, or outright replacement. Counties do their best with the limited funds they can raise through property taxes and sales tax levies, but the skyrocketing cost of construction has far outpaced the ability of counties to see out these projects by themselves. Thankfully, the DeWine-Husted Administration and both the 133rd and 134th General Assemblies have recognized this reality and strengthened the state-county partnership by providing $100 million for jail funding over the last two capital budgets. These funds are deeply appreciated by the state support must continue, as the $100 million is still not enough to meet the $1.3 billion need that CCAO and the Buckeye State Sheriffs Association found in a 2019 survey, a figure which likely has only grown in the intervening three years.

It is an unfortunate reality that the number of Ohio children who require children services has increased steadily over the past decade, due in large part to the opioid epidemic. Children enter children services not only because of abuse and neglect but also due to behavioral health needs, developmental disability needs, and as a diversion from juvenile corrections.  The child protection system faces many challenges: the placement crisis,
the need for a strengthened continuum of care, and workforce shortages.

State and federal programs such as the Qualified Residential Treatment Program, the Kingship Guardianship Assistance Program, the Family First Prevention Services Act, and OhioRISE are important and potentially lifesaving but require a commitment to provide capacity-building funds and funding to assist in the expansion of provider networks.

The children services field is also facing a grave workforce shortage. Caseworkers must regularly witness the destruction of families and traumatic situations for children, leading to substantial stress and high turnover. Innovative programs such as tuition reimbursement or loan repayment could provide support and incentivize caseworkers to remain with a county agency. Additionally, mobile crisis units should be available across the state to assist counties with severe staffing shortages or critical situations. Failure to address these shortages could doom a generation of vulnerable children to a lifetime of suffering.

Counties still fund the largest share of the expenses in the child welfare system with county general fund dollars and dedicated levies (53 of the 88 counties have children services levies). The state must help its county partners overcome these challenges through increased investments in children services workforce, the State Child Protection Allocation, and the continuum of care, as well as modernization of the Revised Code to provide counties with more flexibility to address these challenges.

The CCAO and member counties are active at the General Assembly to help educate the legislature on how bills could affect counties and to provide a first-hand prospective on issues pertaining to county government. The link below will take you to an archive of testimony offered by both CCAO staff members and county commissioners (both on behalf of the Association and on behalf of their individual counties) on a variety of bills during the 134th General Assembly. 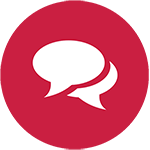 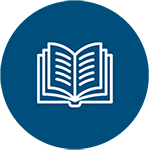 The Commissioners Handbook is your resource for understanding the basics of the roles, responsibilities, and powers that come with a position of leadership in county government. 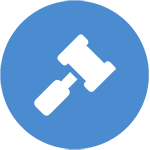 CCAO Members, along with the policy team, work to advance issues important to counties in front of both the General Assembly and the Executive Branch. 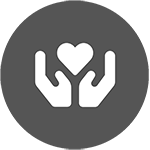 Explore our programs including liability coverage through CORSA, employee benefits through CEBCO, retirement plans with OCERP, and more.

Grant programs run by the state or federal government are a vital way for counties to supplement their budgets for specific purposes. CCAO keeps a dedicated page for counties to learn about ongoing opportunities to bring funding to their communities.